‘Doomsday Clock’ Nearly Midnight, Earth on the Brink of Destruction Jakarta, CNBC Indonesia – Scientists and security experts advanced the hands of the ‘Doomsday Clock’ on Tuesday (24/1/2023) to only 90 seconds until midnight. It signals the increased risk to humanity’s survival from the nuclear shadow of the Ukraine conflict and the growing climate crisis.

The new time setting of the clock set by the Bulletin of the Atomic Scientists is closer to midnight than before.

The clock’s hand, which has been described as a “metaphor for how close humanity is to self-annihilation”, has been on the 100 seconds to midnight since January 2020, the closest to midnight in its history.

The decision to symbolically reset the clock is taken annually by the Bulletin’s science and security council and its sponsorship board, which includes 10 Nobel laureates.

In a statement, the Bulletin said the hour hand added 10 seconds this year “largely but not solely due to Russia’s invasion of Ukraine and the increasing risk of nuclear escalation.”

“Russia’s veiled threat to use nuclear weapons reminds the world that escalation of conflict – by accident, intent or miscalculation – is a dire risk,” he was quoted as saying. AFP. “The possibility that the conflict could slip out of anyone’s control remains high.”

The Bulletin said the new clock times were “also affected by the ongoing threat posed by the climate crisis and the collapse of global norms and institutions needed to mitigate the risks associated with technological advances and biological threats such as Covid-19.”

“We are living in a time of unprecedented peril, and the timing of the Doomsday Clock reflects that reality,” said Rachel Bronson, president and CEO of the Bulletin of the Atomic Scientists.

“90 seconds to midnight is the closest clock has ever been set to midnight, and it’s a decision our experts don’t take lightly,” Bronson said.

“The US government, its NATO allies and Ukraine have many channels for dialogue,” he said. “We urge leaders to explore everything to the fullest of their ability to turn back the clock.”

The clock was originally set at seven minutes to midnight.

The furthest time from midnight is 17 minutes, after the end of the Cold War in 1991.

Meanwhile, the Bulletin was founded in 1945 by Albert Einstein, J. Robert Oppenheimer, and other scientists who worked on the Manhattan Project which produced the first nuclear weapons.

The idea of ​​the clock symbolizes global vulnerability to the 1947 disaster.

Luhut Talks About Nuclear Threats That Can Make The World Terrify

NEXT Appoint his daughter to be economic adviser, Anwar Ibrahim Tuai Controversy 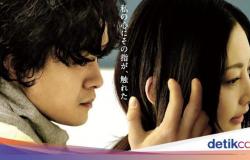