The Price of Bitcoin is Mighty, Strengthening 37 Percent Since Early 2023 Liputan6.com, Jakarta Bitcoin has risen more than 37 percent since early 2023 and is heading for its best monthly return since October 2021. Analysts point to a weaker dollar, inflation expectations and support for institutional buying to blame for Bitcoin’s price rally.

CEO of Euler Labs, which operates the crypto lending protocol, Michael Bentley said BTC is the gateway to the crypto ecosystem. This points to an increase in bitcoin’s market capitalization of all crypto assets, which has increased to 44 percent from 41 percent in the last 14 days.

“Bitcoin is an extreme risk asset and it will do well when interest rates finally start to fall again,” Bentley said.

This year, the total market capitalization for cryptocurrencies rose 24 percent to USD 1.04 trillion or the equivalent of IDR 15,552 trillion according to Coinmarketcap. On exchanges around the world, spot crypto trading volume has increased 64 percent to $4 trillion during the same period, according to crypto indexing platform Nomics.

For bitcoin alone, trading volume has jumped 82 percent to $1.15 trillion, or around Rp.17,197, placing the largest cryptocurrency behind only stablecoin Tether (USDT-USD) as the most traded coin so far this year.

Speculation of cryptocurrencies especially Bitcoin increased during the pandemic, with high volatility in value allowing people to get rich quick. But the threat of sudden poverty also exists. This has not dampened the interest of the business world and investors to participate in… 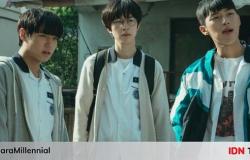