Korean drama Weak Hero Class 1 has been widely discussed since its broadcast on Friday (18/11/2022). The Drakor adapted from the webtun titled Weak Heroes it focuses on issues bullying which often occurs in South Korean schools.

As the title says, Weak Hero Class 1 tells of a student who is always seen as weak by his friends because he looks quiet, always studies, and is not athletic. But behind his small body, he has a strong mentality and a very smart brain.

Not unexpectedly, a student named Yeon Shi Eun (Park Jihoon) is good at fighting. He uses physics and takes advantage of the surrounding environment to calculate the opponent’s movements. That’s why bullies are afraid of him.

However, Weak Hero Class 1 presents a hanging ending, because it will continue into the second season. If you are confused about endingCome on, let’s look at the following explanation!

1. The friendship of the trio Yeon Shi Eun, An Soo Ho, and Oh Beom Seok ended

Apart from focusing on Yeon Shi Eun as the main character, this drama also tells the story of her two best friends, namely An Soo Ho (Choi Hyun Wook) and Oh Beom Seok (Hong Kyung). However, this relationship changed when Oh Beom Seok felt as if he was being pushed aside and treated unfairly. Because of that, he turned away and decided to be friends with a group of delinquents in his class.

He even had the heart to harm Soo Ho. Starting from cutting his motorbike’s brake pads until his friend had an accident to hiring a rookie boxer to fight with Soo Ho. Although at first they looked like sparring boxing, the fight was then brutal.

After Soo Ho collapsed due to foul play, Beom Seok started hitting and kicking his former best friend’s weak body. Even his friends also beat him together. Soo Ho’s breath had stopped until he finally fell into a coma at the hospital.

In the last episode, it was seen that Shi Eun was overcome with anger when she found out that her best friend had almost died. He also went to everyone involved and beat them one by one. Finally, he meets Beom Seok, but is unable to hit the man who was once his best friend. He then walked out of the classroom limply crying and breaking the school windows.

Here, it can be seen that Shi Eun can no longer understand Beom Seok’s actions even though he didn’t hit him. Not only that, their friendship could no longer be saved because what Beom Seok had done was unforgivable, especially in Shi Eun’s eyes.

2. Oh Beom Seok transferred schools to the Philippines to avoid the consequences of his actions

Oh Beom Seok is the adopted son of an official. Even so, he was adopted for the sake of making image the father is good in public. Beom Seok didn’t get affection at all. On the other hand, he was often severely beaten by his adoptive father.

In the last few scenes, it can be seen that Beom Seok arrived at the airport alone to go to the Philippines. He could run from the consequences he had to face, but still, Beom Seok couldn’t escape his adoptive father’s snares.

Even so, actually, there are no scenes that actually show when he gets on the plane or manages to move to another country. Is Beom Seok really gone or will he disobey once again to make amends? This will only be answered on seasons second later.

Continue reading the article below 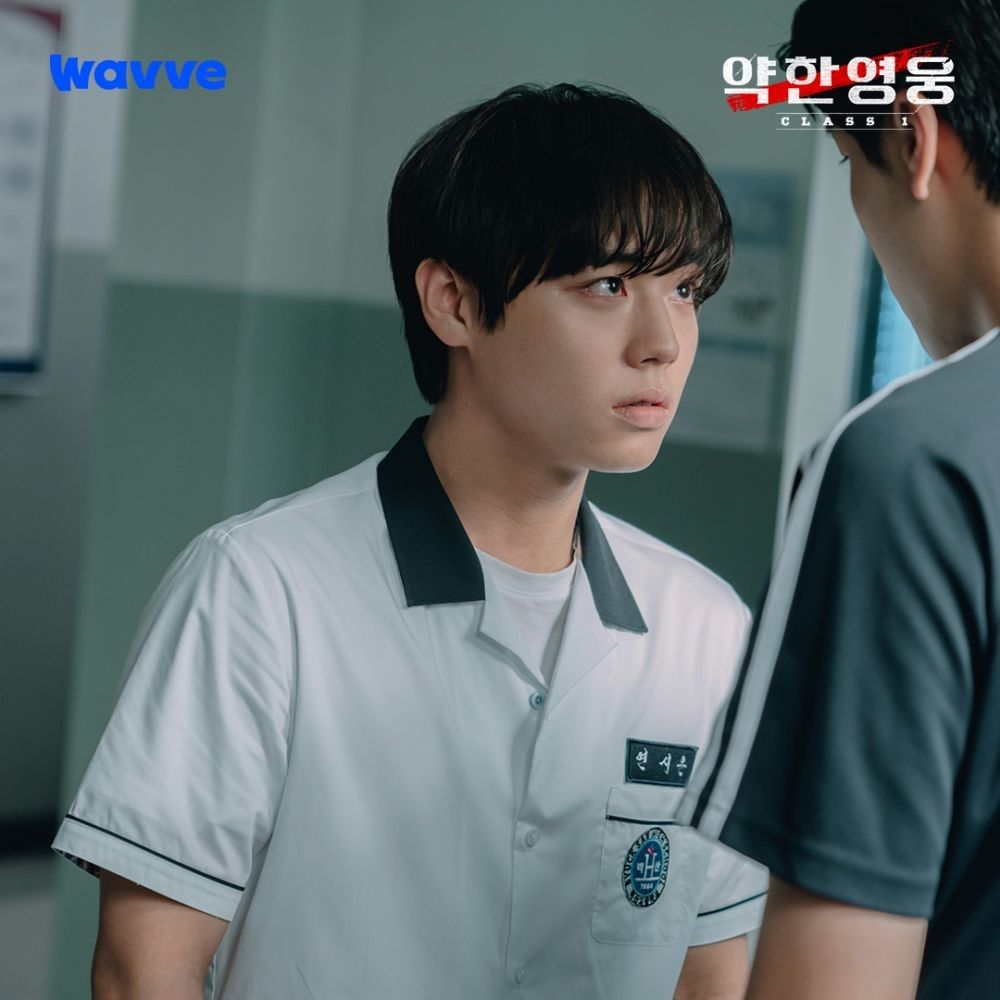 As a result of his action of beating up Soo Ho’s attacker, Yeon Shi Eun had to change schools. At first, Beom Seok’s father even demanded that he go to a juvenile prison. However, because Shi Eun had video evidence of Beom Seok when he repeatedly attacked Soo Ho, the sentence was commuted. With assurance, Shi Eun will not hand over the video to the police.

However, it seems that Shi Eun will not be able to study in peace at her new school, Eunjang High School. Because, the children in his class were the same. They also love to do bullying. Even one of her classmates is Shi Eun’s old enemy, namely Jung Chan (Yoon Jung Hoon).

On her first day at school, Shi Eun was faced with Jung Chan who bullied her. Even so, he remained firm with his eyes showing no fear at all. Most likely, in seasons secondly, Shi Eun will face Jung Chan and other bullies. Unfortunately, the continuation of Soo Ho’s fate di seasons both are still grey. Because, until the last episode, he was still lying limp with an oxygen mask on his nose. The scene where he wakes up and greets Shi Eun is just part of his best friend’s dream.

The audience hopes that Soo Ho will regain consciousness soon seasons second later to return to give color in the story. What’s more, without her, Shi Eun completely lost direction and motivation to move on.

5. There will be a new gangster against Shi Eun cs in season 2 Last episode Weak Hero Class 1 closed with a scene in which there is a male figure with a finger full of tattoos. He was heard talking on the phone and saw a photo of Shi Eun at her new school. In webtoon, this figure is known as Baek Jin Na.

He said that there was a new kid who beat up Kang Woo Young, the young boxer who was previously hired by Beom Seok to beat up Soo Ho. This tattooed figure will be Shi Eun di’s main opponent seasons next.

Weak Hero Class 1 arguably quite different from the drama bullying another because the main character is very strong despite his weak appearance. There are still many mysteries that have not been revealed in this first season. But don’t worry, because Weak Hero Class 1 will continue to seasons second.

You can watch this Drakor legally on Viki. However, make sure you are over 17 years old, considering that there is a lot of violence and bloody scenes in it.

PREV Kiky Saputri Responds to the Possibility of Reporting the Roasting Case of Lesti Domestic Violence
NEXT Happy to be called good in bed by Pinkan Mambo, Boy William doesn’t want to miss the opportunity: Do you want to try it? Can you watch the 2022 World Cup in HD quality on Habo TV SPORTS? Here’s How to Use it